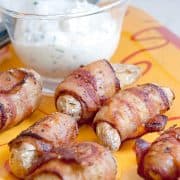 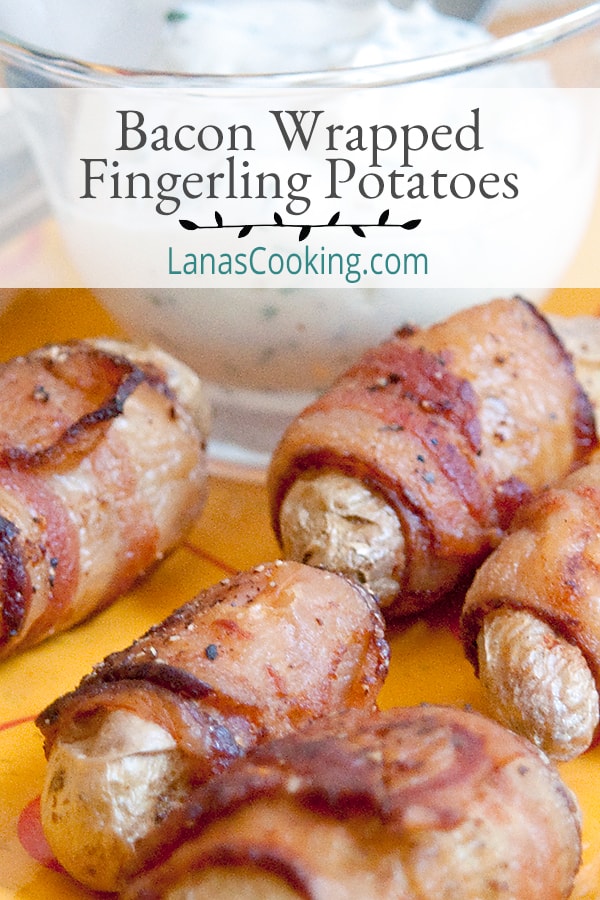 I'm just trying to think if there's anyone I know or have ever met who doesn't like potatoes. Nope. Can't think of a single one. I think they're probably the most universally adored food among all ages. And why not! You can do so much with them - mash them, roast them, boil them, bake them, make a salad, douse them in oil, smother them in butter, but take one and wrap it up in bacon and my, oh my. 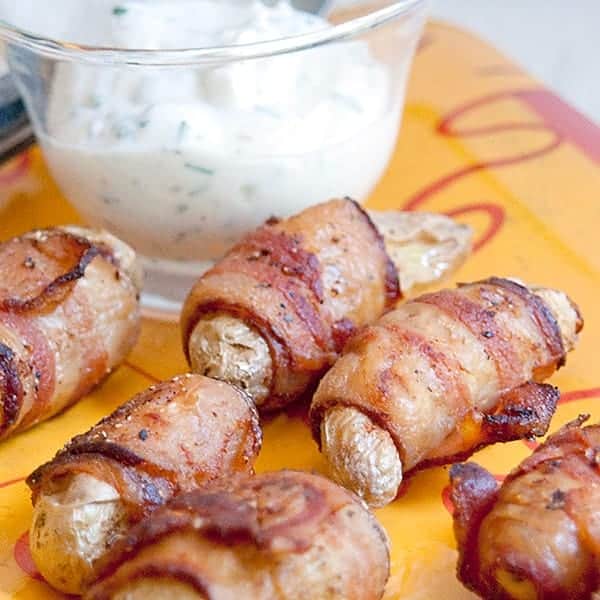 This is such a simple recipe. The main part is two ingredients - potatoes and bacon. And the dipping sauce takes just seconds to prepare. By the way, if you have leftovers of the sauce, it's great on a baked potato as well.

This recipe can be multiplied up as many times as you want. Just make the amount you think you need for your family and friends. Serve them as an appetizer or the greatest side dish ever!

Success! Check your email to confirm.

Start by washing and drying the fingerling potatoes. Then you want to cook them a little just to give them a head start on the bacon. I pop mine in the microwave for a few minutes but you could parboil them just as easily. After they've had their initial cooking period, allow the potatoes to cool enough to handle and then proceed with the recipe.

Preheat the oven to 400 degrees. Wrap each fingerling potato in half a slice of bacon and place it seam side down on a parchment lined baking pan. Just make sure you put the seam end of the bacon underneath and it will sear itself together during the first few minutes of cooking. Sprinkle the prepared potatoes lightly with salt and pepper.

Cook in preheated oven for 15-20 minutes or until the bacon is browned, crispy and cooked through.

Remove from the oven and cool.

To make the dipping sauce, combine sour cream, half and half, chopped chives, horseradish, salt and pepper in a small bowl. Stir to combine. 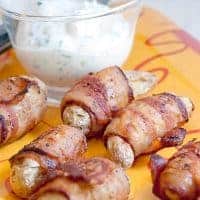 Note: the dipping sauce is also great on baked potatoes.