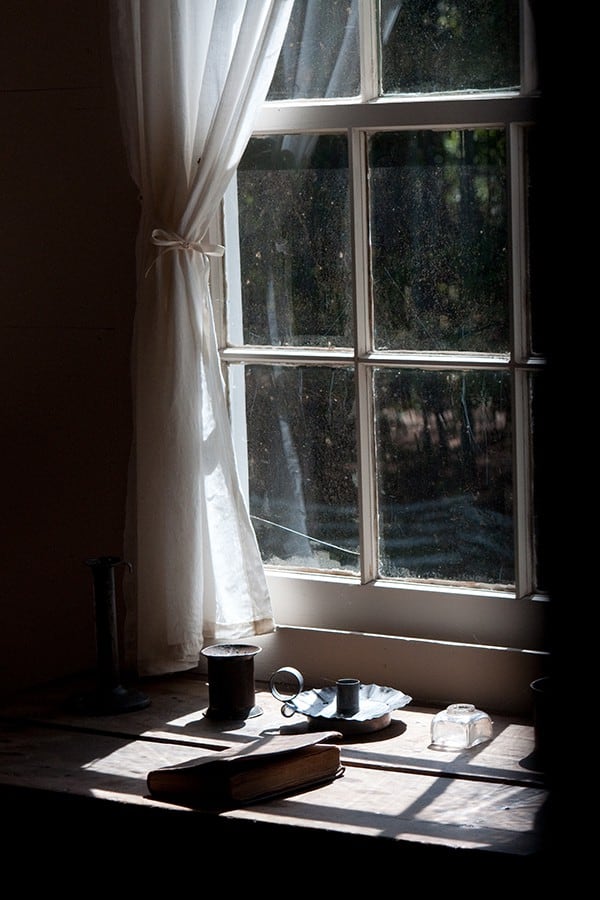 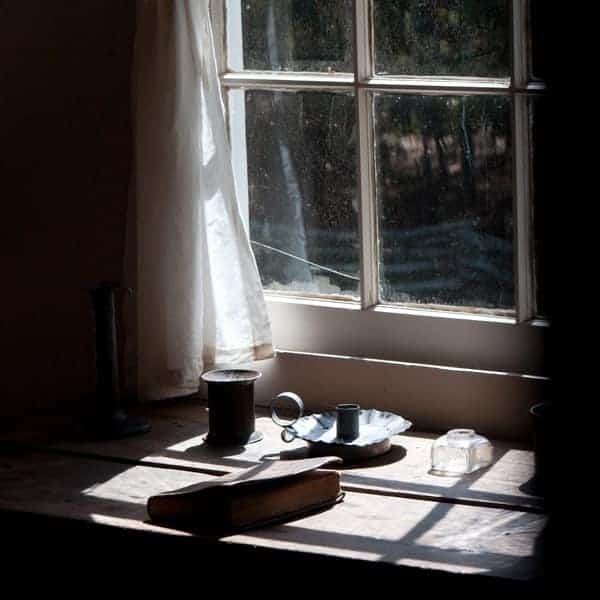 Very near us in the north Georgia mountains is the site of New Echota, the last capital of the Cherokee nation. It is as tranquil and peaceful a place as I’ve ever visited. It occupies a level spot, perfect for farming, surrounded by the beauty of the mountains, the quiet calm of the forest, and the serenity of a gently flowing river.

Yet, when you walk the site and explore the buildings, there is an almost palpable sense of sadness. This was the last true ancestral home of the Cherokee people and the site of the beginning of the infamous Trail of Tears.

The day that Bill and I visited New Echota was a crisp, clear October Saturday. There was a brilliant blue sky, not a cloud to be seen, and the trees had just started to put on their fall colors. A perfect day to wander and explore.

To make it even better, we only saw two other visitors while we were there. We quite literally had the whole place to ourselves. What more could two huge history geeks ask for?

Being alone on the site, wandering through the buildings and grounds at our leisure, only added to the sense of awe and mystery that I always feel in places such as this. My mind races with thoughts – what were the people who lived here like? what were their daily activities? what did the children play? how was this item or that utensil used? just imagine all the hands that touched that…

New Echota, established in 1825, is one of the most significant Cherokee Indian sites in the United States. During its short history, it was the site of the first Indian language newspaper office, a court case which carried to the U.S. Supreme Court, one of the earliest experiments in national self government by an Indian tribe, the signing of a treaty which relinquished Cherokee claims to lands east of the Mississippi River, and the assembly of Indians for removal west.

Even before New Echota was officially established, the Cherokee Council in 1819 began holding their annual meetings at the location. By 1830, the surveyed and planned community had about 50 residents, a main street, side streets, 100 one-acre town lots and a two-acre town square. The settlement included the Cherokee Council House, Supreme Court Building, Cherokee Phoenix Print Shop, many private homes, stores, a ferry, and a mission station nearby.

Today, visitors to the site can tour 12 original and reconstructed buildings, including the council house, courthouse, print shop, missionary Samuel Worcester's home, and an 1805 store, as well as outbuildings such as smoke houses, corn cribs, and barns.

According to the 1835 Cherokee census, more than 90 percent of the Cherokee lived in small cabins on farms and tilled an average of 11 acres of land. Their farms included common buildings like corncribs, barns, and smokehouses. Fruit trees, vegetable gardens, and corn fields typically surrounded the farmsteads.

The Council House served as the capitol building and headquarters of the Cherokee Nation. Abandoning their traditional clan system of ruling the tribe, the Cherokee established a republican system consisting of a legislature with a national council of 32 members and a national committee of 12 members. Both groups met at the council house where bills had to pass both bodies to become law. The Cherokee people elected the council members who chose the executive branch consisting of the Principal Chief, the Vice-Principal Chief, and the Treasurer.

The Cherokee Supreme Court heard 246 cases from 1823-1835. Most were civil cases since criminal cases were settled in lower courts. The Cherokee Nation had no prison system. Those convicted of a crime were hanged, whipped, or fined. The building was also used as a church and a school when court was not in session.

Constructed in 1828, the house served as a Presbyterian Mission Station and as the Worcester family home. Rev. Samuel Worcester helped to translate parts of the Bible and many hymns into the Cherokee language. He also started a church and school at New Echota and served as the town postmaster.

The Vann Tavern was constructed in 1805 by Chief James Vann, a wealthy Cherokee plantation owner. Vann’s home is a state historic site west of Chatsworth, Georgia. The tavern was moved to New Echota in 1955 and is similar to the 14 taverns owned by Vann throughout the Cherokee Nation, serving travelers as a restaurant, store, and inn. Chief Vann was one of the wealthiest men in the Western Hemisphere at the start of the 19th century. At the time, he owned about 200 slaves and hundreds of acres of farmland.

The Phoenix Printing Office contained a Union style press purchased in Boston. Special printing type in both English and the Cherokee alphabet was cast for this unique printing office and on February 21, 1828, the first edition of the Cherokee Phoenix was printed. The Washington style press on display now is similar to the original. The print shop closed in 1834 due to lack of funds and the original press was seized by the Georgia Militia during the turmoil leading to the signing of the Treaty of New Echota of 1835 which ultimately led to the westward removal of the Cherokee on the Trail of Tears.

Despite the Cherokee’s efforts to adopt a lifestyle similar to their non-Indian neighbors, conflict with state and federal governments increased in the early 1800s. Under pressure from U.S. officials, several thousand Cherokee voluntarily moved west of the Mississippi River although the majority strongly opposed such a move. In 1830, Congress passed an act authorizing the use of force to move all remaining Cherokee westward.

With gold miners and land lottery winners flooding onto Cherokee lands, a small minority began to advocate for moving westward and in 1835 signed the Treaty of New Echota ceding all Cherokee lands, giving the Cherokee $5 million for their land and $300,000 for improvements to their new lands in Indian Territory (Oklahoma). The Cherokee were given two years to vacate their ancestral home.

Many Cherokee considered the treaty fraudulent and refused to leave. They were ultimately rounded up and placed in stockades.

Among those who opposed the treaty, was Chief John Ross. His letter to the U.S. Congress regarding the treaty exists in his collected papers at the University of Oklahoma. Excerpts below:

“…we are despoiled of our private possessions, the indefeasible property of individuals. We are stripped of every attribute of freedom and eligibility for legal self-defence. Our property may be plundered before our eyes; violence may be committed on our persons; even our lives may be taken away, and there is none to regard our complaints. We are denationalized; we are disfranchised. We are deprived of membership in the human family! We have neither land nor home, nor resting place that can be called our own.

“We are overwhelmed! Our hearts are sickened, our utterance is paralized, when we reflect on the condition in which we are placed, by the audacious practices of unprincipled men, who have managed their stratagems with so much dexterity as to impose on the Government of the United States, in the face of our earnest, solemn, and reiterated protestations.

“The instrument in question is not the act of our Nation; we are not parties to its covenants; it has not received the sanction of our people. The makers of it sustain no office nor appointment in our Nation, under the designation of Chiefs, Head men, or any other title, by which they hold, or could acquire, authority to assume the reins of Government, and to make bargain and sale of our rights, our possessions, and our common country.”

On May 26, 1838, the U. S. government began the forced removal of more than 16,000 Cherokee people from their homelands and sent them westward. Most spent the summer in crowded camps and left by wagon, horseback, and on foot during October and November on an 800-mile journey.

They arrived during January, February, and March 1839. Although the exact number is not known, disease, exposure, and sickness claimed thousands of Cherokee lives during the course of the capture, imprisonment, and removal.

Their ordeal became known as the Trail of Tears.

I left New Echota on that beautiful October afternoon with a heavy heart and more questions than I had when we arrived. If you’ve never visited, I’d encourage you to go. It’s a truly beautiful place and a very educational activity.

While you walk the grounds, just remember the lives that occupied that place and the trials they endured because of a desire for land and gold. Of course, there were “politics” deeply involved in the entire matter, but that will require much study to understand. At the heart of the matter, though, you will still find land and gold.

New Echota is a Georgia State Park, a Traditional Cultural Property, a U.S. National Historic Landmark, and is listed on the U.S. National Register of Historic Places. The site is located at 1211 Chatsworth Hwy 225 N, Calhoun, Georgia. Hours are 9 a.m. to 5 p.m., Thursday through Saturday. Closed Thanksgiving, Christmas, and New Year’s Day.

A visitors center offers guests an opportunity to view interpretive exhibits and a 17-minute film, and to purchase souvenirs, books, and music. The site tour is self-guided and also includes nature trails leading to New Town Creek and a small beaver pond.

Personal Note: Throughout this post, I have used the term "Indian" even though my own inclination was to use "Native American." I did this because all of the marketing materials, brochures, and web sites pertaining to New Echota use the term Indian. Only the greatest respect is intended.

Join over 10,000 subscribers who get my latest recipes and travels straight to their inbox every week. 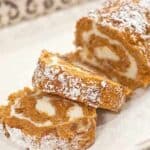 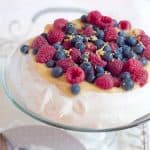 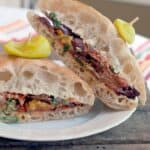 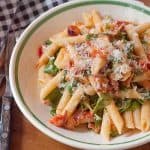 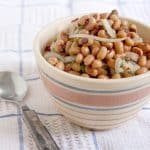 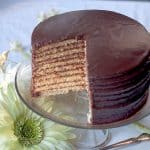 All images and text on Never Enough Thyme are protected by U. S. Copyright Law. If you'd like to feature a post from Never Enough Thyme, you may use one photo credited and linked back to the original recipe post. 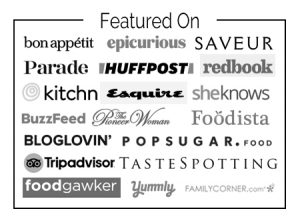