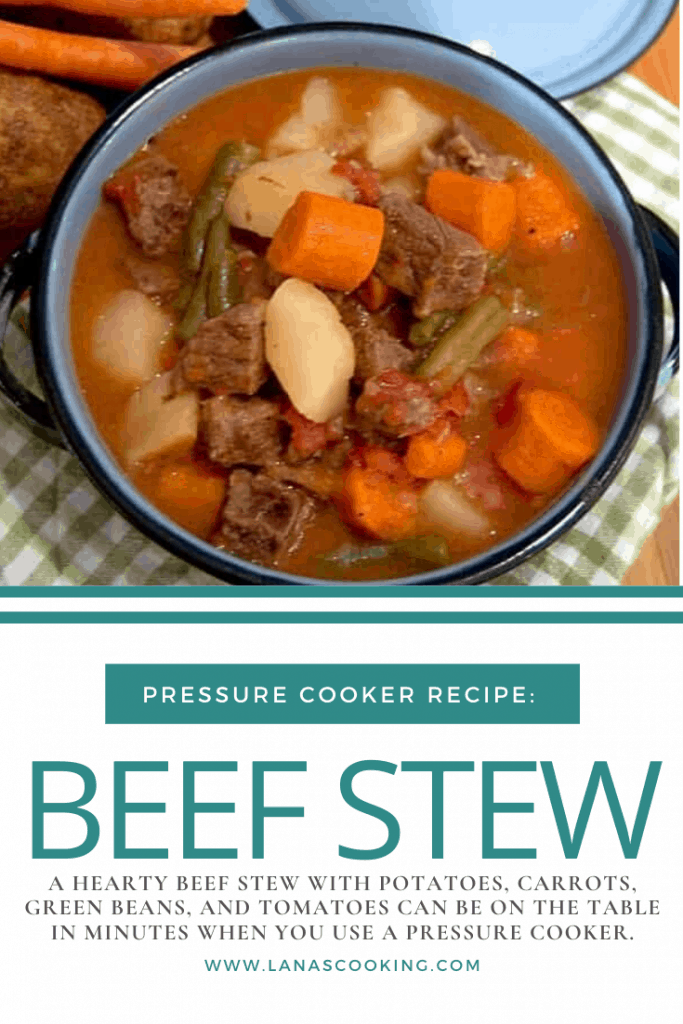 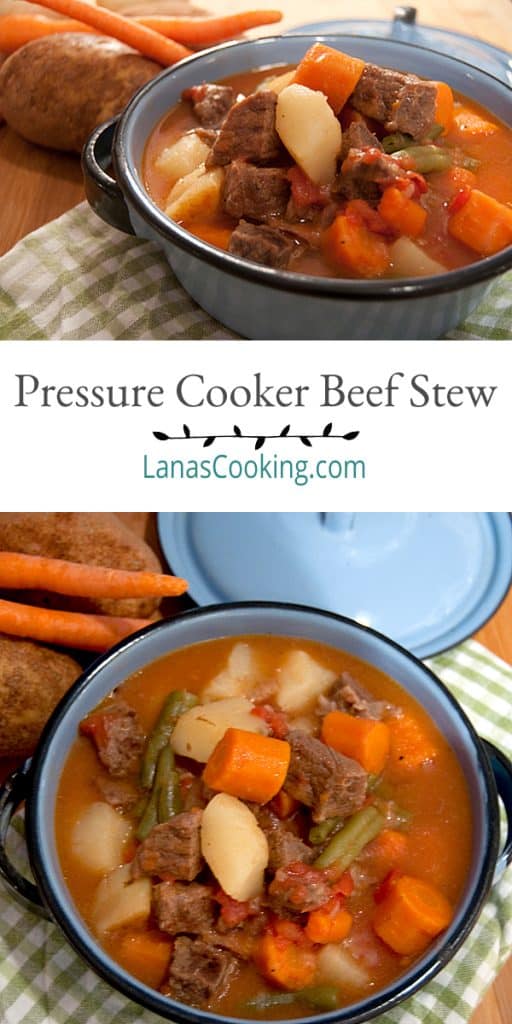 Pressure Cooker Beef Stew - a hearty beef stew with potatoes, carrots, green beans, and tomatoes can be on the table in minutes when you use a pressure cooker.

I'm just going to say it - I love my pressure cooker. So there. Lots of people are scared of them, I know. They have visions of them exploding all over the kitchen. I guess I understand that. I mean, after all, I've seen it happen. Once. And I remember it well, too. 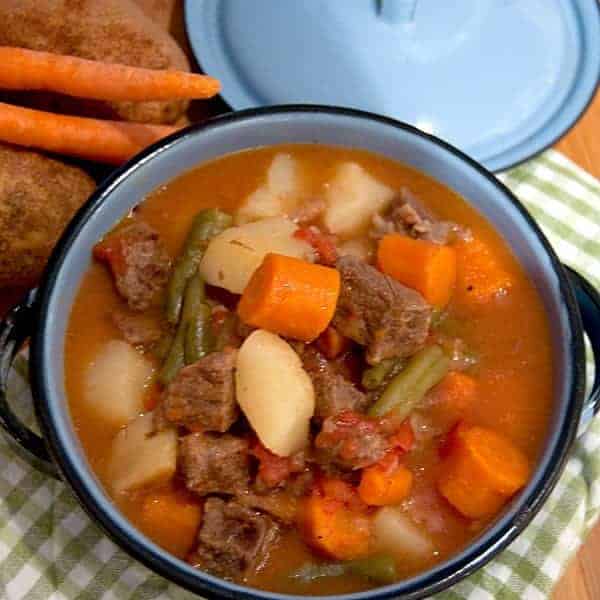 It was on a Sunday morning when Mama was trying to get my two sisters and me dressed and ready for church. Preparations for attending church in our household were something of a three-ring circus.

We each had to have our Sunday socks and shoes, Sunday dress probably with crinolines underneath (raise your hand if you know what a crinoline is), clean white gloves and sometimes a hat.

Sunday Mornings Back in the Day

She'd get one or two of us ready and by the time she was finished with the third one, either the first or second had messed up her hair, taken her shoes and socks off or rolled around outside on the grass in her nice clean Sunday dress and Mama would have to start all over.

Sometimes I wonder how in the world we ever got anywhere. And it wasn't like we'd ever leave the house looking a mess either. Oh, no. When we stepped out the door and headed for the car we all, Mama included, were as near to perfect as possible.

Pressure Cookers Have Changed - A Lot!

Anyway, it was one of those Sunday mornings when the three of us were behaving like, well, like little girls. Besides getting everyone dressed and ready for church, Mama also had to have dinner ready when we returned. So, before she started getting us dressed, she had put some chicken on to cook in her pressure cooker.

I imagine she had plans to make something like Chicken a la King, one of my personal retro favorites, out of that chicken when we got back home. I also imagine that she was distracted beyond belief by the three squirming little handfuls that were me and my sisters when all of a sudden we heard the loudest boom coming from the direction of the kitchen.

Well, this was during the era of the Cuban Missile Crisis and me, being the biggest 'fraidy-cat on the planet, thought for sure that the "bad guys" were coming to get us. Really...all that practicing we did at school getting under our desks and covering our heads in case of an attack. It made an impression on us little kids. Especially the 'fraidy-cats.

Mama went running toward the kitchen into what I was sure would be her (and our) certain annihilation only to find the pressure cooker blown to bits and chicken covering every possible surface. And I do mean every surface - even the ceiling. Needless to say, we did not make it to church that particular Sunday.

Modern Pressure Cookers Are Safe and Easy to Use

I know I'm not doing much to allay your fears of using a pressure cooker, but honestly the technology has come a long, long way since those days. There are multiple safety features built into modern pressure cookers. Relief valves that trip if the pressure gets too high.

I tried to tell my sister, Miss P, that the other night when she called and I told her I was making this beef stew in the pressure cooker. I could hear the fear and trepidation in her voice right through the phone line. That chicken-on-the-ceiling episode really scarred her for life :-)

This recipe came from an old cookbook that was included with the first pressure cooker I ever owned. I have no idea where the cookbook is these days and the pressure cooker was worn out and tossed a long time ago, but I still use this recipe.

If you just can't bring yourself to use the pressure cooker you can, of course, cook this on the stovetop. It'll just take you about 10 times as long.

How to Make Beef Stew in the Pressure Cooker

Do the same with the potatoes,

(Note: the photos for this post were made several years ago before I owned an electric pressure cooker which, by the way, is a marvel of a kitchen appliance. If you also have one, just brown your meat in the pressure cooker vessel as I show above.)

Heat the pressure cooker over medium-high heat. Add the oil and stew meat. Stir and cook until the meat is well browned all over.

Add the potatoes, carrots, onion, and canned beans along with their liquid.

Next, add the tomatoes with their liquid.

Add salt and pepper to taste. I use at least a teaspoon of salt in this recipe. That's a lot of stew to season, you know!

Cook According to Your Cooker's Directions

Close the lid and place the weight (regulator) on the pressure cooker according to your manufacturer’s instructions. If you're using a new electric pressure cooker, close the cooker and set it for 15 minutes.

Heat on medium-high setting until pressure is achieved (weight begins to rock back and forth). For an electric pressure cooker, you won't need to do a thing! It'll automatically start timing for you when it achieves the correct pressure.

Continue cooking for 15 minutes. Keep the heat regulated so that the weight rocks gently and steadily throughout cooking.

Reduce the Pressure and Finish the Stew

At the end of the cooking time, reduce the pressure immediately by running cold water on the top of the pressure cooker. Do not remove the weight until the cooker has completely vented. When the pressure releases, open the cooker and place it back on the stove. (For those of you with an electric cooker, follow your manufacturer's instructions for releasing the pressure manually.)

Remove the lid of the pressure cooker and return to the heat.

Serve over rice or noodles. I like to stir a teaspoon of prepared horseradish into my serving. 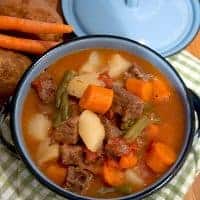