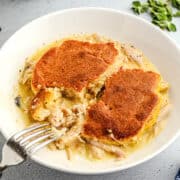 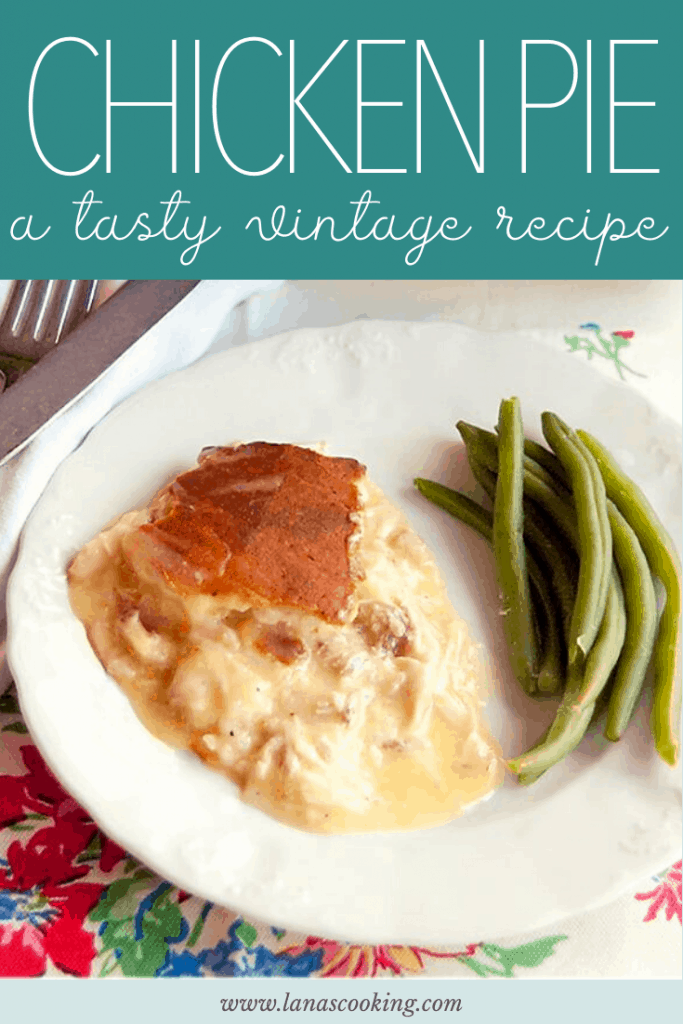 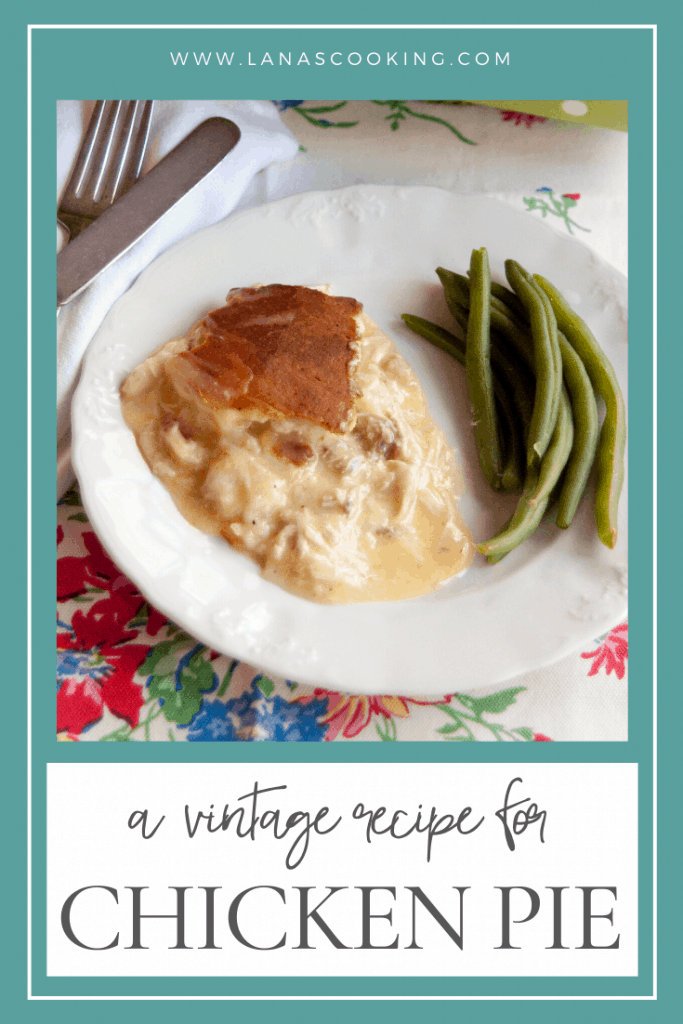 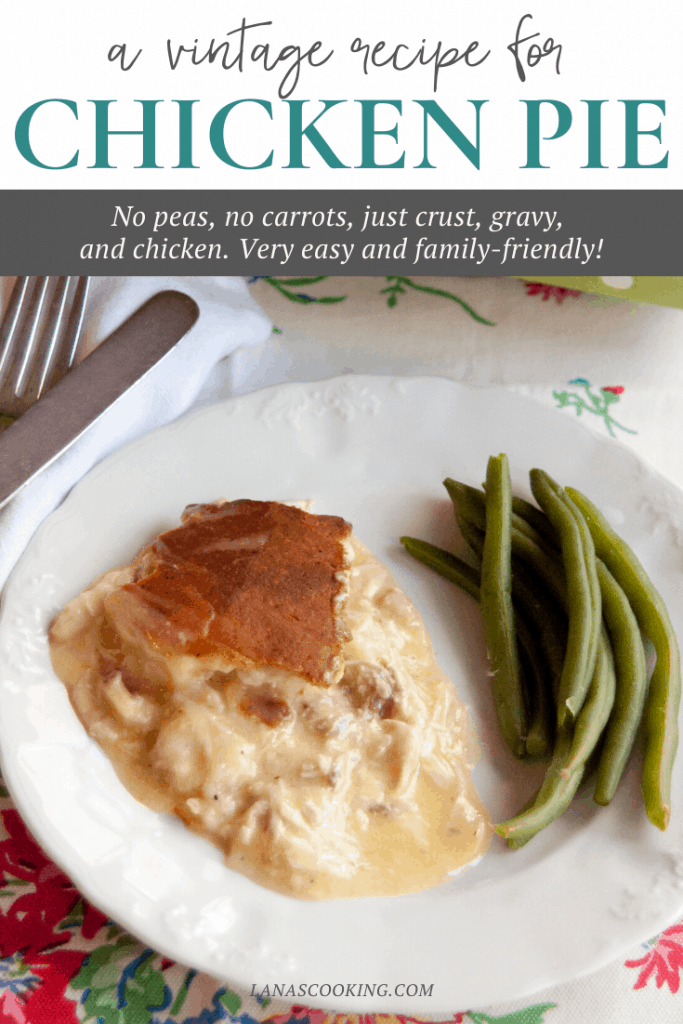 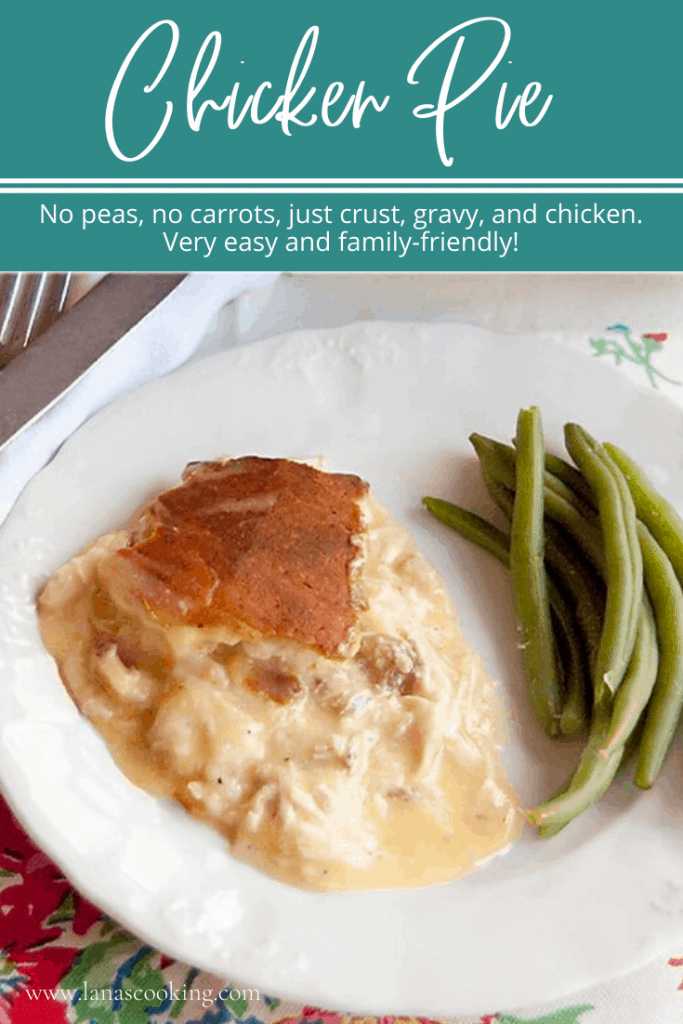 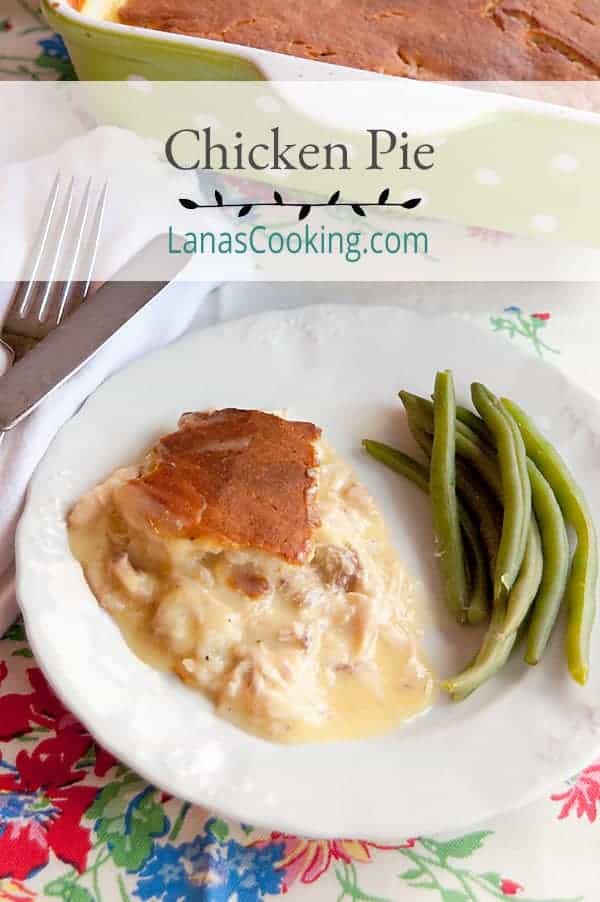 My fantastic vintage recipe for Chicken Pie. No peas, no carrots, just crust, gravy, and chicken. Very easy and family-friendly!

This recipe is one of those 1960's-70's recipes that I had almost forgotten about until I heard someone mention it recently. I would guess that I made this old recipe hundreds of times "back in the day." It's so delicious and very easy. Especially if you take the fast route and use a purchased rotisserie chicken from the grocery store deli. 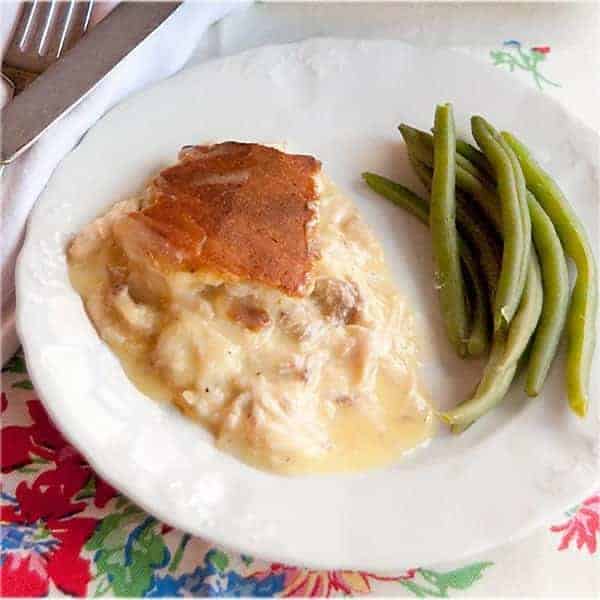 You probably noticed that there's no "Pot" in the title. It's just plain Chicken Pie, not Chicken Pot Pie. I think that's because there's nothing but chicken and gravy in it. No peas, no carrots, no onions...just chicken.

The only real variation I've seen to this recipe is that some people will include sliced hard boiled eggs. I like it that way, too. However, once you start adding veggies to the recipe, well then you just have a regular old chicken pot pie. Why don't you try this one without veggies and see what you think?

Success! Check your email to confirm.

How to Make Chicken Pie

Now, if you're going to cook the chicken for the pie (instead of taking the rotisserie chicken shortcut), start by putting all the ingredients for the chicken (chicken, onion, celery, and seasonings) in a large pot.

Add enough water to just cover the chicken. Bring the whole thing to a boil, reduce the heat to low, and simmer it until the chicken is cooked through.

Remove the pot from the heat and let it stand until the chicken is cool enough to handle. Remove all the meat from the chicken and discard the skin and bones. Shred or chop the meat and measure out three cups for the recipe. Also, save two cups of the broth for use in the rest of the recipe.

Alternatively: Instead of boiling a chicken, you can use a purchased rotisserie chicken and purchased chicken broth. Remove the meat from the chicken discarding the skin and bones and proceed from here with the recipe.

Preheat the oven to 425 degrees.

Put the shredded meat from the chicken in the bottom of a 2-quart casserole dish.

Make your "gravy" by combining the broth and cream of chicken soup in a saucepan and bring it to a boil. Pour this mixture over the shredded chicken.

In a medium mixing bowl, combine the flour, salt and pepper. Stir in the melted butter and buttermilk. Pour this over the casserole but don't stir it into the soup/broth/gravy mixture.

Bake for approximately 45 minutes or until the crust is brown and the filling is bubbly. 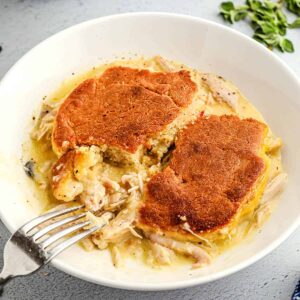 « Italian Sausage and White Beans
Make Your Own Butter »
839 shares