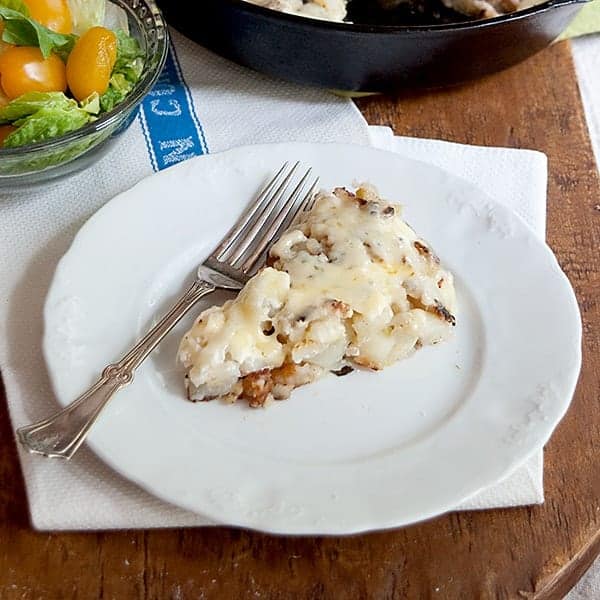 Everyone knows that I love old recipes. Not that I have anything against new ones. Not at all. But there's just something about a recipe that has stood the test of time.

Hash browns are certainly nothing new. They've been around just about forever and I imagine they originated with a thrifty cook figuring out a way to use up a bunch of leftover potatoes.

This recipe for Hash Browns with Gruyere is, technically speaking, the old French recipe called Pommes Matiere. The difference? I left out the nutmeg called for in the classic and added in a handful of chopped green onions.

I remember watching an old episode of Julia and Jacques: Cooking at Home that was just full of wonderful potato recipes. This was one of them. I've been making it ever since and it never, ever fails to please everyone.

This is one of those recipes that is great for any time of day - breakfast, brunch, lunch, or dinner. I served it last weekend for Saturday lunch with a very simple salad on the side. For breakfast or brunch, I'd serve some bacon or sausage with it along with a poached egg on top. At dinner, it makes an excellent side dish for steak or ham.

I often plan ahead to make Hash Browns with Gruyere by baking extra potatoes for dinner one night. If you don't have leftover baked potatoes, you can either microwave some pretty quickly or boil a few before you start.

How to Make Hash Browns with Gruyere

Preheat the oven to 350 degrees. 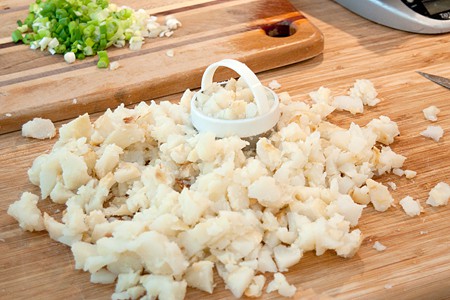 Remove the skins from the potatoes and chop them roughly. I actually use a biscuit cutter for this task. It breaks the potatoes into nice chunks without making them mushy. But you can just use a big knife, too. 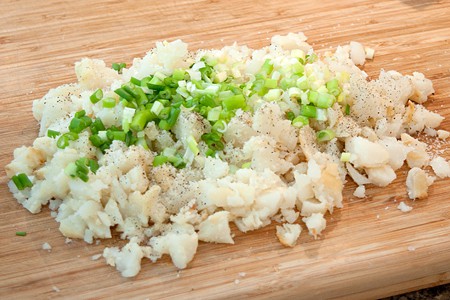 Add the onions, salt, and pepper. I mix it all together right on my cutting board. Saves BeeBop from washing another bowl :-) 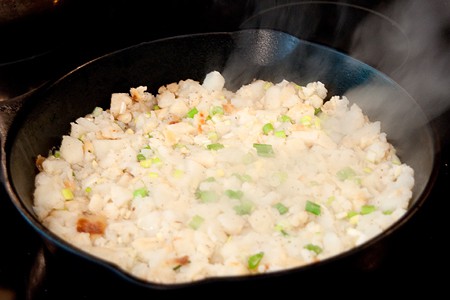 Cook for 5-6 minutes or until the potatoes are golden brown on the bottom. Flip the potatoes and cook for an additional 2-3 minutes.

Now about flipping the potatoes...if you can actually flip the potatoes in the pan, you're a way better cook than I am. There are two good methods for flipping hash browns. First, you can flip the whole thing out onto a plate that is slightly larger than the skillet and then slide it back in with the cooked side up. Or, the way I usually do this is to use a spatula to cut it into fourths and then flip each section over. Way easier for me :-) 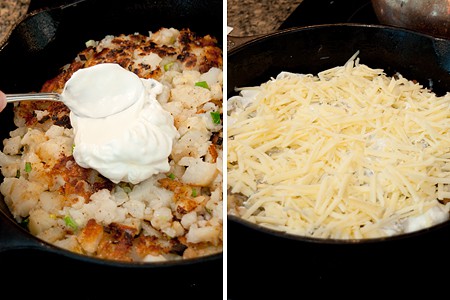 Remove the skillet from the heat and spread the top with the sour cream. Sprinkle over the grated Gruyere cheese. 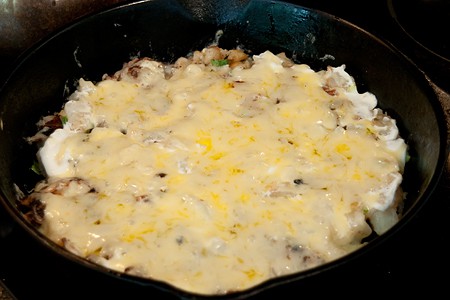 Place the skillet in the oven and bake until the cheese is melted and bubbly, about 5 minutes. Allow to stand for a few minutes. Cut into wedges and serve. 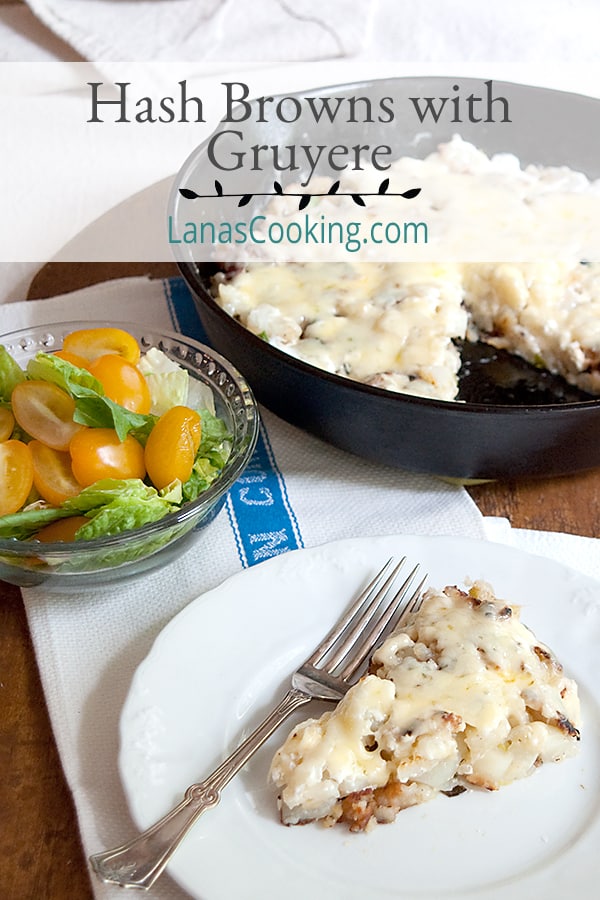 All text and photographs on Never Enough Thyme are copyright protected. Please do not use any material from this site without obtaining prior permission. If you'd like to post this recipe on your site, please create your own original photographs and either re-write the recipe in your own words or link to this post.

Nutrition information is calculated by Nutritonix and may not always be perfectly accurate. Use your own judgment.

Join 9,000 subscribers who get my latest recipes in their inbox every week. PLUS - I'll send you a link to download a cookbook with 10 of my all-time favorite recipes!