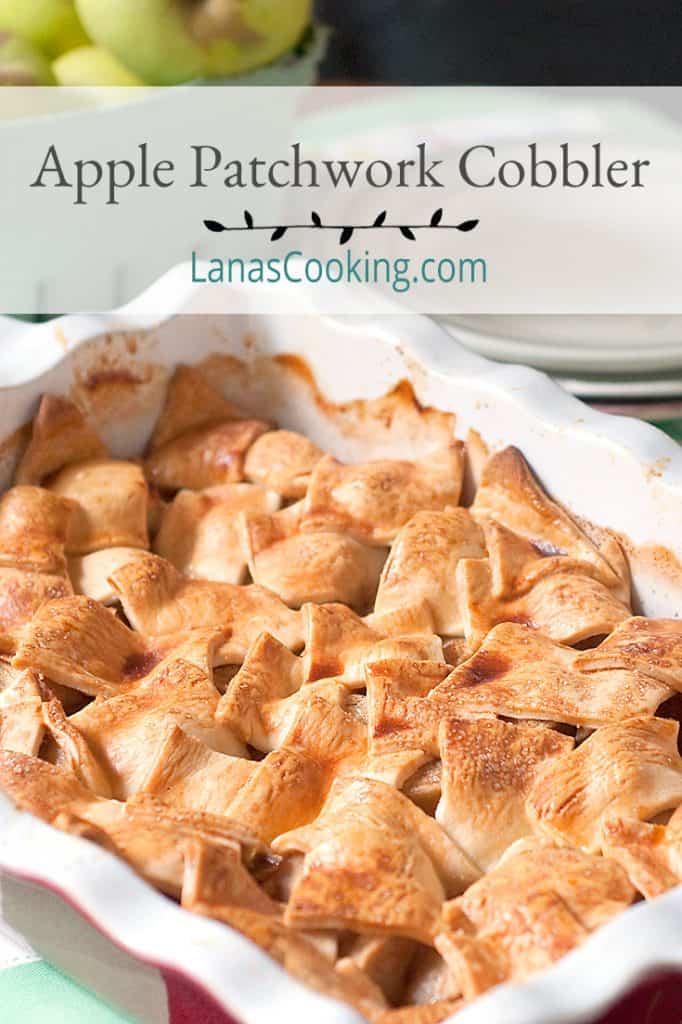 This taste tempting Apple Patchwork Cobbler is made with fresh fall apples, cinnamon, cardamom, and orange liqueur topped with a patchwork style crust.

During the fall weekends in north Georgia, BeeBop and I often make a point to visit one of the local farm stands where all kinds of autumnal goodies are offered for sale. I can never resist the beautiful apples they have on offer and always pick up as many as I can carry to bring home with us. 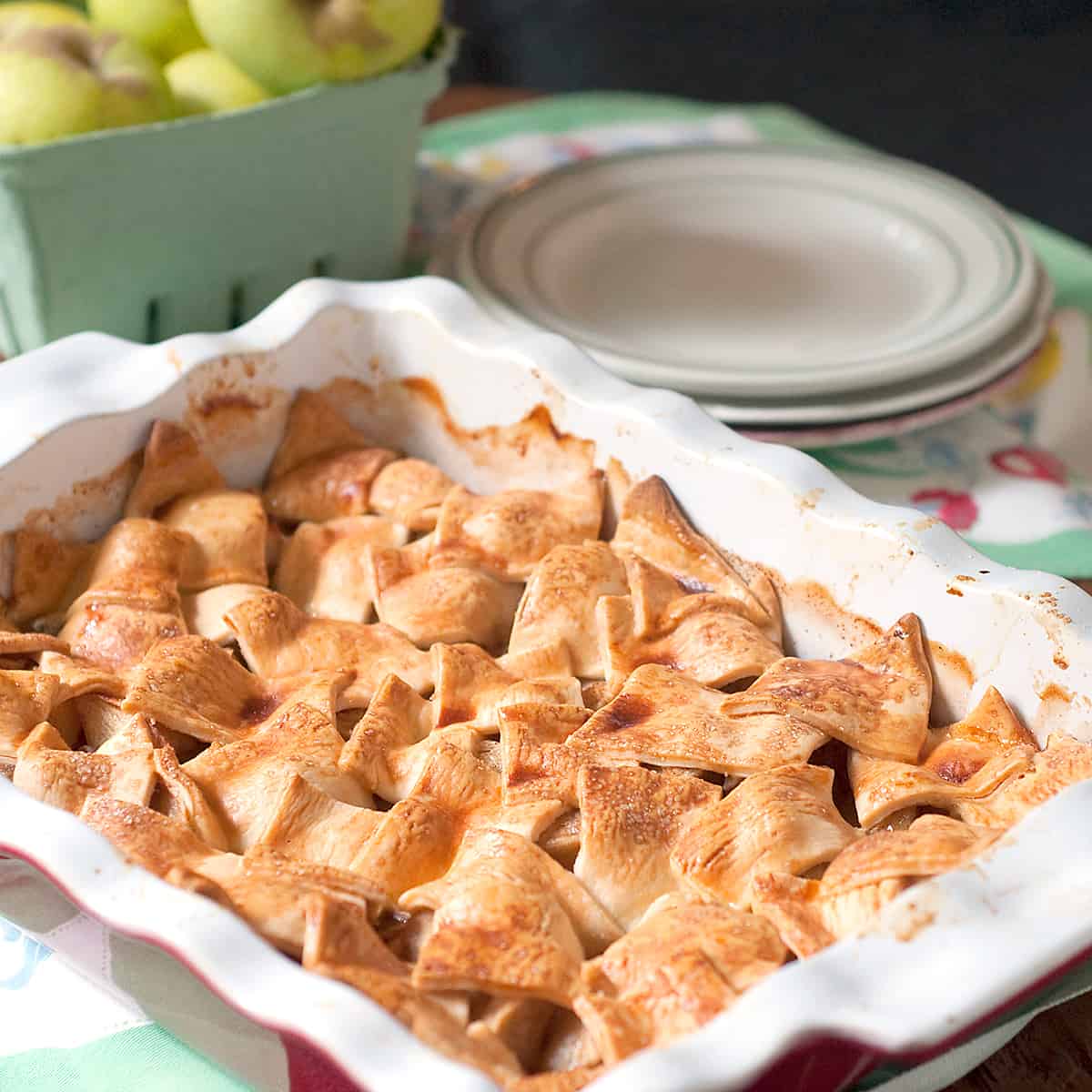 I recently had in mind making an old-fashioned apple pie, but since me and pie crusts are not the best of friends, I settled for something with a crust I could manage.

Cobblers Are the Easiest of All Pie Recipes

I'm calling this recipe "Apple Patchwork Cobbler." Just because I don't know what else to call it!

I've looked at several different definitions for cobblers, pandowdies, grunts, crisps, bettys...all those baked-fruit-with-a-topping kinds of recipes and none of them really fit this dish precisely.

I asked BeeBop what he thought I should call this and he said "good." Then he suggested calling it a casserole. That would be as good as anything else, I suppose. So whatever you want to call it, it's fine with me :-)

The "patchwork" part of the title comes from the way the crust is arranged in a random, or patchwork, fashion over the apples. I can't take credit for that idea. I actually saw it on Food and Wine's web site and liked the look of it, so I adopted it for this recipe. Gives it a very rustic, casual look, don't you think?

How to Make Apple Patchwork Cobbler

To get started on this recipe, preheat your oven to 375 degrees.

Peel, core, and cube about six nice, large Granny Smith apples (or any other cooking apple that you prefer). Toss the apples with lemon juice, cornstarch, sugar, cardamom, cinnamon, and orange liqueur.

Pour the prepared apples into a small (8x11 or so) baking pan or dish that has been sprayed lightly with cooking spray.

Now, if you want to make your own pie crust, please do! However, pie crust is one of those kitchen skills I have never and probably will never master.

Pie crust hates me. It laughs and mocks when I look its way. Me and pie crust - we just don't jive. So, it was a happy, happy day when Pillsbury started putting those nice boxes of pie crust in my grocery store's dairy case. Those I can deal with.

So, make your own or unroll one of those wonderful packaged pie crusts from the grocery store.

Use a sharp knife or a pizza cutter (even easier) to cut the crust into rectangles about 1 ½ x 2 inches. You don't have to be very precise about it. Just cut it into pieces that generally resemble a rectangle and are somewhere near the same size.

Put the little oddly sized, leftover pieces to the side. I needed a whole pie crust and about half of another one to completely cover my cobbler.

Don't worry, we aren't going to throw away that leftover pie crust! I have a little bonus use for it at the end of this post.

Arrange the crust rectangles over the apples in the baking dish, pressing pieces on the edges onto the sides of the dish.

Beat together the egg and water to make an egg wash. Carefully brush the egg wash over the crust taking care not to disturb the pretty pattern you've made with your crust rectangles.

Bake the cobbler for approximately 1 hour and 10 minutes or until the crust is golden brown. Remove the cobbler from the oven and let it cool. It can be served warm or at room temperature. We like a little scoop of vanilla ice cream with ours :-)

Remember the leftover pie crust from above? Don't throw it out! We'll make a few Pie Crust Cinnamon Twists with it.

Gather up all the scraps, knead them together for a few seconds and roll them out.

Melt a tablespoon or two of butter and brush over the strips. Sprinkle with sugar and cinnamon. Cut the dough into strips about 4” long and 1 ½” wide.

Take each dough strip and give it a twist, then place it on a baking sheet lined with parchment paper. Dab a little more melted butter on each twist and sprinkle on a little more sugar and cinnamon.

Bake for about 20 minutes along with the cobbler or until the twists are golden brown. Great with a cup of coffee! 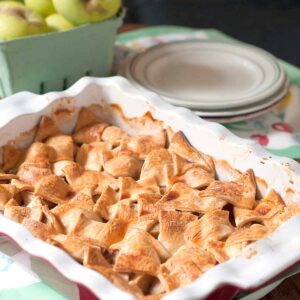