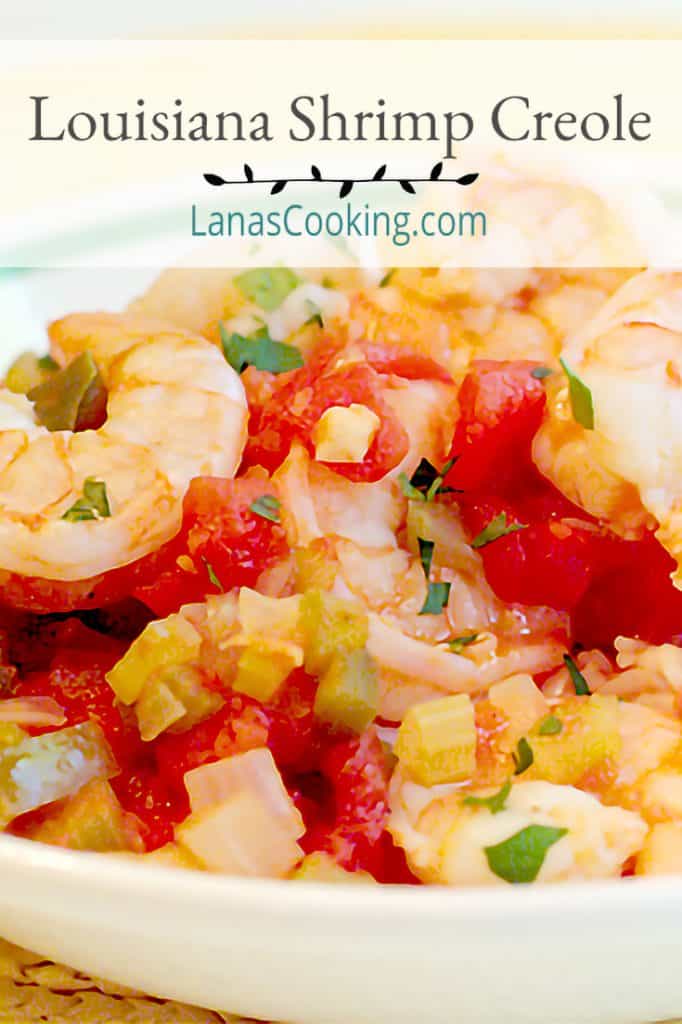 Louisiana Shrimp Creole - tomatoes and the trinity of bell pepper, onion, and celery combine to make a sauce for this southern classic.

Here's another tried and true favorite! This recipe for Louisiana Shrimp Creole has, of course, been tweaked and revised by me, but it was originally inspired by a recipe from the masterful Craig Claiborne in his wonderful cookbook, Craig Claiborne's "Southern Cooking." 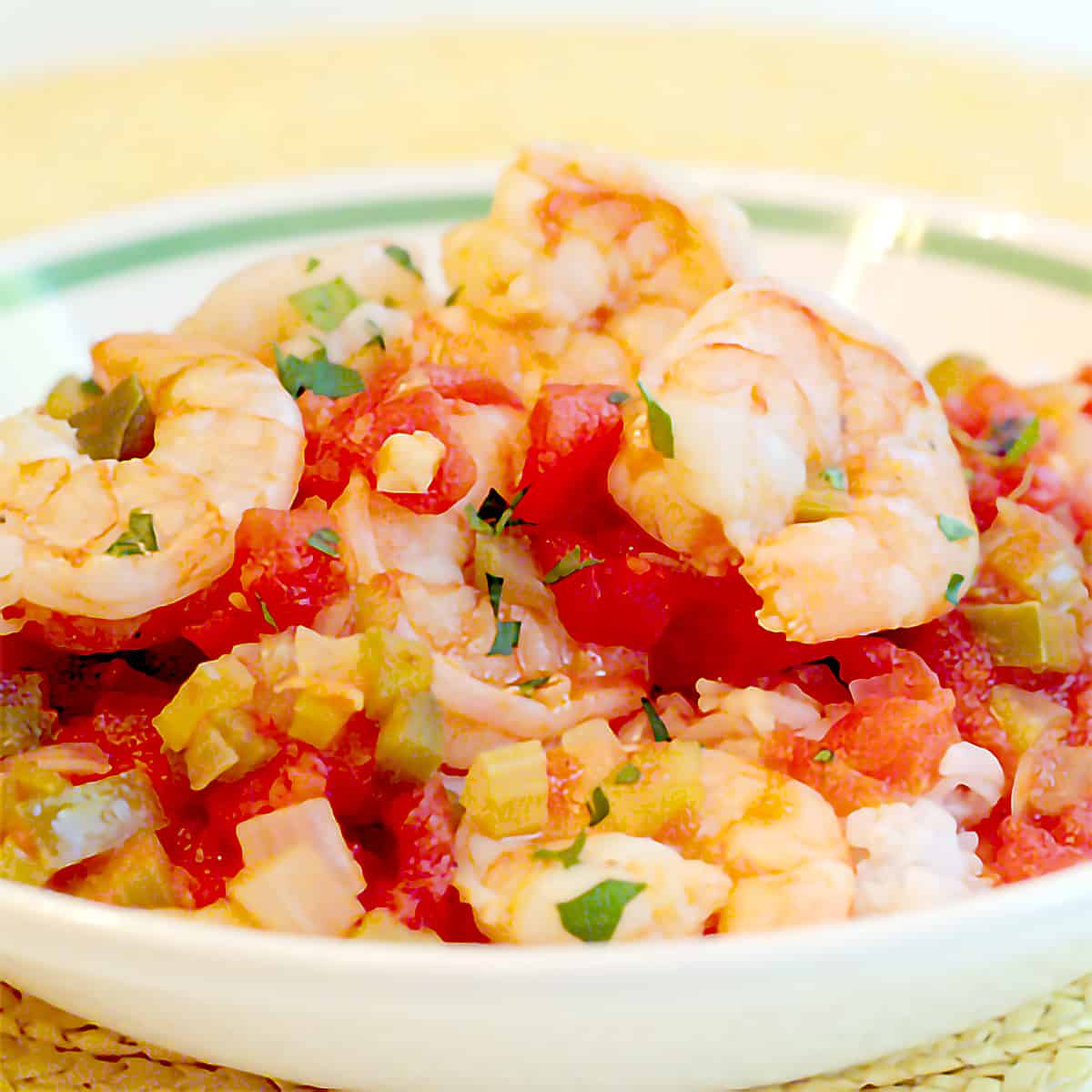 Craig Claiborne was a food writer for the New York Times, but he was born and raised in Mississippi. He had a lifetime appreciation for southern cuisine which was influenced by his childhood and youth spent in the kitchen of his mother's boardinghouse.

Over the years he wrote several cookbooks, but my favorite was his Southern Cooking. He included many of his mother's original recipes in that cookbook, and they are all so familiar to me from my own childhood.

Throughout the book, he writes about his memories of classic southern food such as fried catfish, fried chicken, field peas, greens (collards, turnips, and mustard), cornbread, and a huge variety of desserts. Any time I need inspiration for something to cook, I know I can find it in Southern Cooking.

This recipe has been lightened up somewhat, but you could possibly lighten it even more by cutting a bit more of the butter. I don't believe it would really affect the finished dish very much.

How to Make Shrimp Creole

Rinse the shrimp and set aside in a colander to drain. You want them to be fairly dry when you add them at the end.

Prepare the vegetables. In New Orleans, actually in all Creole cooking, the combination of onion, celery, and green bell pepper is known as the "trinity." It is the cornerstone of hundreds of creole dishes and produces a flavor combination that is unique and readily identifiable as being creole. In this Shrimp Creole, we are also using a good bit of garlic.

Melt the butter in a saucepan and add the onion. Cook, stirring until the onion is wilted. Be careful not to let the onion brown.

Add the celery, green pepper, and garlic. Cook 5 minutes, stirring, or until vegetables are softened.

Stir well and cover. Cook 4 to 5 minutes, no longer. Really. NO LONGER than 5 minutes. I think the biggest mistake people make with shrimp is overcooking them. If you've ever gotten a rubbery, tough shrimp it's because it was overcooked. It really wasn't the poor shrimp's fault. It was tender and plump when it went in the pot. 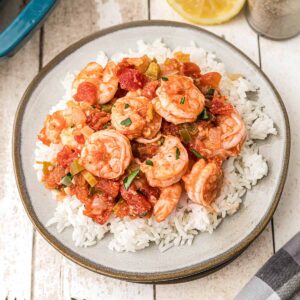 If you live in an area where fresh shrimp are available, by all means, use them! There are, however, very good frozen brands available. If possible, purchase shrimp that are already peeled and deveined. It will save loads of prep time. I prefer to also remove the tails for this recipe. It makes eating so much easier for your family and guests. However, you can certainly leave the tails on if you like. If using frozen shrimp, thaw overnight in your refrigerator or by placing in a bowl of very cold water for several hours. Be sure to drain well in a colander before adding to the sauce. To make ahead, cook the recipe up to the point where you would add the shrimp. Let the cooked sauce cool and store in the refrigerator. When ready to serve, place the sauce over medium heat and bring it to temperature and then finish the recipe. To freeze, make the sauce, cool it, and store it in a freezer safe container. When you're ready to use it, thaw and reheat the sauce. Then add the shrimp and finish the recipe from that point. TOP TIP: The biggest mistake people make with shrimp is overcooking them. If you've ever gotten a rubbery, tough shrimp it's because it was overcooked. Five minutes is usually the limit.